Marked: Genesis 12: 1-3
1 Now the Lord said to Abram, “Go from your country and your kindred and your father's house to the land that I will show you. 2 And I will make of you a great nation, and I will bless you and make your name great, so that you will be a blessing. 3 I will bless those who bless you, and him who dishonors you I will curse, and in you all the families of the earth shall be blessed.”

At the age of 75, God made an exclusive choice to set Abraham (then called Abram) on an exclusive journey. He granted things that only Abram and Abram's would get to have and experience. He brought his wife and Lot to co-experience God's plan for His life. They went with their possessions and servants. Along the way, God gives insight to just how further down the line His promise of blessing will go. He divulges to Abraham that Canaan will be gifted to his descendants. There in Canaan, God appeared and communed with him. In Bethel, Abram presented himself and communed with God. In both places, an altar was built and there was worship.

Problems may cause us to stop worshipping.
Come verse 10, we find a setback. Abram realises that God's promise did not shield him from problems. A famine brings him "back to reality," he is not so privileged and special after all. Just like everyone else, he couldn't find provisions for himself and his family. Did this shake his trust in the Lord? We don't see Abram building an altar to consult God and find reassurance from him. Neither do wesee God stepping in and providing the assurance Abram needed. This was a two-way test of trust, an opportunity to show just how trusting Abram is and an opportunity to show just how reliable God is.

Self-reliance always breeds more troubles.
Abram decided to work out his problem alone and his first solution included deception. He felt the need to deceive because he perceived that nothing else can be done. He believed Egypt will solve his problems for him and He believed God cannot work things out in Egypt. Somehow, Abram felt God's sovereignty and abilities do not work in Egypt. After all, God couldn't do anything about the famine in the land.

With the best solution Abram could come up with, he realised there was danger ahead. He was married to an extremely beautiful wife and he knew that meant death for him. In his decision to present Sarai as his sister, he understood this meant opening her up to be possessed by another man. In that decision, Sarah lost her only protection against other men claiming and touching her womanhood. Clearly Abram knew it was wrong for he had to persuade her that it was for her own good that Abram "had to" deny being her husband.

God will always keep His promises.
God steps in to save us from ourselves.
Verse 17 says "The Lord afflicted Pharaoh and his house with great plagues because of Sarai, Abram's wife." Nobody was saying anything, not Abram, not Sarai so God had to be the one to let Pharaoh know the truth. In this part of the story, God could have allowed Abraham and Sarah the consequence to his lack of faith. However, God saw fit to preserve the exclusivity of his line. God protected all aspects of His covenant with Abraham. God vowed to make of him a great nation through his wife.

God also saw fit to preserve the sanctity of their marriage. It was clear that Abraham was a one-woman man and God honored Him for that. Surely, a man who is faithful to one wife doesn't want anybody else touching his woman. Abraham had much to thank God for when He stepped in. And so did Sarah.
Email Post
Labels: Abraham Bible Genesis God 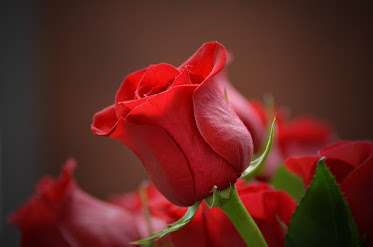