What Is the Difference Between Libel and Defamation? 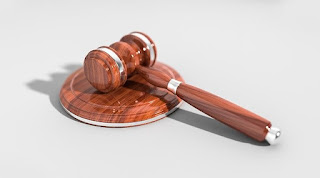 With the ongoing high profile court case between Johnny Depp and Amber Heard, some wonder what the case really goes down to. Some may also wonder, what is the difference between libel and defamation?
So, what did Johnny Depp really sue Amber Heard for? Can he prove his case of defamation of character against Amber Heard? After all, he lost the libel lawsuit he filed in the UK against The Sun.
The difference between libel and defamation is in regards to category. Defamation is the general category, while libel is a subcategory. Defamation is the general or primary act, while libel is a specific act, method, or form of defamation.

Defamation is to cause harm to another person's reputation by publishing a material, thereby changing people's views, opinions, regard, and action towards that person you wrote about.
Defamation has 2 categories. The first category of defamation is libel, and libel is a written form of defamation. Meanwhile, the second category of defamation is slander, and slander is an oral or spoken form of defamation.
Published material includes writing (such as blogging, etc.), speaking, photographing, or drawing materials that defame another person.
A material is deemed published once it is shared with a third person/party.
Oral defamation includes injurious speech. However, oral speeches transcribed and published or distributed in written form may qualify as libel.
Defamation occurs even if the victim's name is not mentioned. And you can be found guilty of defamation even if you had no intent of causing harm with your published material.
Hey! A cup of freshly brewed coffee makes reading more enjoyable. Here's how to brew your best coffee at home! Now, back to these legal terms.

Slander is similar to libel because slander is a method of defamation. But slander is also different to libel. Because, it is the oral or spoken form of defamation. It is an act or crime of making any false statement that causes damage or injury to a person's reputation, business, or profession.

To win a case in defamation of character, a plaintiff must establish four things:
Additionally, public figures must establish that there was actual malice by the perpetrator. A public figure is someone who has achieved prominence, fame, and/or notoriety must establish that the defendant acted with actual malice. Now, to prove malice, one must prove through convincing evidence, that  a person has defamed the victim intentionally and knowingly (of falsity) with utter disregard for the truth.
In cases where the subject was not named, the plaintiff must also prove that he or she is the subject of the published material that was written or spoken.