What is the Abrahamic Covenant? 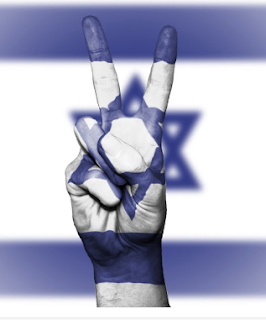 Does the Abrahamic covenant bear significance and relevance today? Has God kept His end of the bargain today? Why choose Abraham? How about us Gentiles (non-Israelites)? How are we included in the Abrahamic Covenant? Ah, so many questions. Let's see how far we go with the answers.

What is the Abrahamic Covenant?

In Genesis 12, we find God making unilateral promises to Abraham. This is the Abrahamic Covenant people speak of. It is a covenant, which plainly speaking means, "a contract". It is special and impactful because only one party, that is, God, had to perform or do. He binds Himself to Abraham and commits to deliver certain things. He binds Abraham to the covenant but nothing is required from him.

Let's process this for a moment:

What Does God Promise Abraham?

What did Abraham need to do in order to see the fulfillment?

All he had to do was GO; leave his present location and see for himself the Land God promised Him for his own. That is not a requirement nor obligation. That is a logical move. God made a promise and if he wanted to claim it, He had to be there to claim it.

Why did God choose Abraham? Who was Abraham?

Who was he? What was so special about him? If look back to the previous chapter, there's no particular thing that stands out about Abraham's background. He grew up after the Tower of Babel incident. He was from a generation that experienced and survived isolation and division (literally and in all other aspects). We know that certain events can change not only a life, but the life of his/her descendants.We can also surmise that since his family settled in Haran, he grew with cultism or idol worship. Probably, he was from a family of nonbelivers or at least, he grew up in an environment where God was not God of all.

In later chapters and accounts of Abraham's life, we discover more things about him:

Has God fulfilled the Abrahamic Covenant?

Let's look at God's promises again:
1. "I will make you into a great nation."
From one man, we have the nation of Israel today. Through Isaac and Ishmael, many descendants propagated the race of Abraham. Further, scattered all over the world at one point, and still, right now; it won't be a surprise to know how many really have Jewish blood in the world today.

2. "I will bless you."
Abraham has experienced blessing upon blessing from God. You only need to look at the chapters devoted to the account of His life, exploits, and challenges in the faith life.

3. "I will make your name great."
He made an impression wherever he went. Gen 21:24 shows how Abimelech could notice that God was with Abraham in all he did.
He amassed great wealth. That alone would earn him repute and fame in the land.
He became famous as a warrior. Gen 14.

4. "You will be a blessing."
He was a blessing to others. He brought and shared God's graces wherever he went. Lot was blessed by his life and many others.

5. "I will bless those who bless you. I will curse those who treat you with contempt."
God has dealt with others in accordance to how they dealt with Abraham. It was a promise that God has Abraham's back and those who did wrong by him won't get away with it. History today shows how God has been keeping this promise to the naiton of Israel.

6. "All the peoples on earth will be blessed through you."
Jews and Gentiles, non-believers even; we've all been blessed through Abraham in so many ways. From history we see how Jews have thrived, became businessmen, inventors, etc. We see their contribution to society. From the point of Christianity, all that we enjoy in the Christian life is linked to Abraham and this is so because God has been upholding His promises in the Abrahamic covenant.  We are descendants of Abraham, all of us. The Messiah came from the line of Abraham.


So, lastly, how are we included in the Abrahamic Covenant?

The best way to answer this question is to let the Bible speak directly:

----
Matthew 3:9 God can and has raised descendants from Abraham even if he's dead already.
"And do not presume to say to yourselves, We have Abraham for our forefather; for I tell you, God is able to raise up descendants for Abraham from these stones!"
---

Luke 19:9: Sinners or seemingly "rigtheous", the all can be sons of Abraham.
“Today salvation has come to this house,” Jesus told him, “because he too is a son of Abraham."
---

Rom 3:30: Trusting faith is key.
"Since it is one and the same God Who will justify the circumcised by faith [which germinated from Abraham] and the uncircumcised through their [newly acquired] faith. [For it is the same trusting faith in both cases, a firmly relying faith in Jesus Christ]."

----
Romans 4:12,13, 16:  The promise comes by faith.
"And he became the father of the circumcised, who are not only circumcised but who also follow in the footsteps of the faith our father Abraham had while he was still uncircumcised."
"For the promise to Abraham or to his descendants that he would inherit the world was not through the law, but through the righteousness that comes by faith."
"This is why the promise is by faith, so that it may be according to grace, to guarantee it to all the descendants—not only to those who are of the law but also to those who are of Abraham’s faith. He is the father of us all."

---
Gal 3:7:  Faith includes us in the family of Abraham.
"then understand that those who have faith are Abraham’s sons."

---
Gal 3:9 Faith makes us equally privileged.
"So those who have faith are blessed with Abraham, who had faith."

---
Gal 3:14 Christ is the way and reason why we enjoy the blessings of Abraham's covenant with God.
"The purpose was that the blessing of Abraham would come to the Gentiles by Christ Jesus, so that we could receive the promised Spirit through faith."


"And if you belong to Christ, then you are Abraham’s seed, heirs according to the promise."