Devotional: The Cloud Above the Tabernacle 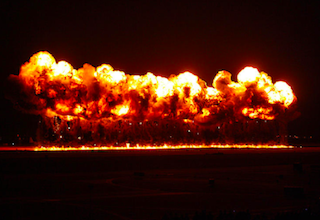 Response
I pause to worship my God whose ways are not my ways and whose timeline is perfectly laid out. I pray for wisdom to discern when He stays me and when He moves me on. I pray to go in trust as I wait on Him. I also pray for dependence on Him, that I may stay close to Him as He moves me on.

Popular posts from this blog

By Ana.M October 24, 2018
Kang kong is a well-known leafy vegetable used in many Philippine dishes. It is quite easy to grow they say. There was a time when you can find kangkong patches on most streets in the neighborhood. It is also called water spinach or swamp cabbage. It thrives in wet, moist areas. Many grow it solely in water. It quickly grows under sunny spots but carers should keep the soil moist. Else, it may die. Some tips: Not much intstructions on planting. Just bury the seed and keep the soil moist or muddy.  Kangkong grows all year round. Cut maybe an inch or two above the soil for continued regrowth and harvesting. Winter may see your plant dying but often, it regrows by spring. You may fertilize with nitrogen twice a month. You may harvest whole plants at about 1 to 2 months. Kangkong has the tendency to spread. Grow in a container for easy maintenance or harvest whole plants to control your supply. It is best to use potting soil for your containers. Putting regular soil in restric
Post a Comment
Read more

By Ana.M February 16, 2017
We have this pet bullmastiff and I’m sure I don’t uniquely feel this way; like other dog owners, I feel our Simba is one of a kind. He has his ways, quirks and all that, which gives him this distinct identity and character. We named him Simba, which means “Lion”. He was an ugly pup. I almost wanted to back out from purchasing him at the kennel. He didn’t look like a regular bullmastiff, no wrinkles, no large frame. He was thin, lean, and all straight and flat. Characteristic of normal Bullmastiffs , he was guarded at first, a bit aloof and doubtful of people and surroundings. It took him over two months to feel more at ease in our home, to freely walk around without being easily spooked, and to trustingly accept our spontaneous pats on his forehead. He wasn’t affectionate for a long time. You would have to initiate physical contact. Many times when we called, he wouldn’t come. And when we approached him, he would move somewhere else. The Bullmastiff is one dog breed you woul
Post a Comment
Read more

What Does Romans 8:28 Mean About All Things Work Together For Good?